Dear Santa, Love Floss was a happy accident.  It was only ever meant to have a single copy printed.

One Saturday evening in November 2018 while babysitting my niece and nephew, and after countless games of UNO, bingo, and playing 'doctors'  (read: being jabbed in the arm with a plastic needle while my crazy-haired niece shoved a pop-stick down my throat for an hour - That was a lot of fun!), I decided it might be a great idea to do something else until bedtime.  Being an avid reader (and also a hopeful writer who had given up on her dream of ever being one) I asked my niece if she wanted to write a Christmas story -  I would write, and she would colour in my very bad attempt at an illustration. The cover would say in big bold letters Written by TETA and Illustrated by RUBY, which, to be honest, is the part that I think sold her.

"What do you want the story to be about, Ruby?" (as she rolled her eyes in my direction) she answered, as I suspect most four-year-old girls would probably answer, "I want it to be about a rainbow reindeer, of course." Of course!  How stupid of me not to think of that?!  She shook her head as if she couldn't believe she even had to say it, and so I started to write (and draw... quickly! Four-year-old girls aren't particularly patient!) and my niece Ruby started to colour.  We were two pages and roughly five minutes, 28 seconds in when she declared that she was, in fact, done with it.  Book over.   She wanted back to the pop-stick and throat game.

After hours of desensitizing my gag reflex, dinner, bath, teeth, a story, a cuddle, another story, another cuddle, and a drink of water, I couldn't stop thinking about the book we had started upstairs.  Maybe I could finish the book.  Maybe I could muddle my way through some illustrations.  And maybe, if I did it fast enough, I could have that story printed in time for her for Christmas.  She would still be hoping for the Barbie camper she had requested of course, but this could be something extra - obviously not even close to being as good as a Barbie camper but I hoped that when she grew up she might look at the book and remember the time her Aunty wrote her a story about a rainbow coloured reindeer just for her.

So, I got to finishing my book.  I read it to my niece, who walked off mid story.  Not entirely the reaction I was hoping for.  And to my nephew, who shrugged, and told me that it couldn't be a book because it was just paper with words on it from my computer, stapled together- he had a point.  And then I read it to my own kids, and my husband (who has had to sit through more than his fair share of my writing, including but not limited to, a romance novel, a short story and now a children's book) and the reactions surprised me... they loved it.  It was my husband who suggested I email it to my friend (early childhood teacher and kid-wrangling extraordinaire) Libby, to see what she thought of my Christmas tale.  It was even more surprising when she said that she not only liked it but the moral was something teachers could really work with.   It was at that point that I let a thought creep in (if only for a minute)... maybe it could be something not only for my fire-cracker of a niece.   And in that minute, I thought, what the hell... i'll send it out to some publishing houses and if I never hear back then Ruby would own the only book about a rainbow coloured reindeer, and that would be totally good enough for me.

The words...they came easily.  The illustrations on the other hand, not so much.  I wasn't betting on the fact that a publisher was going to love my story.  I reminded myself that I dropped out of high school before year 12, I had no experience (unless you count my romance novel that was still sitting on my laptop not being picked up by a publishing house as experience) and that getting a book published with a publishing house was almost as difficult as winning the lotto, so I thought it best I look to get the book illustrated myself, especially if I wanted to get it printed from the local SNAP Printing before the Christmas cut off.  Should I splurge on some illustrations?  Looking down at my painful attempt at a reindeer I decided absolutely I should.  So I googled and found an illustrator.  I also found that illustrators don't come cheap!  But the reviews for my book by my target audience so far weren't great.  I had a walk out, and a claim that my book wasn't even a book.  I figured an illustrator would probably be money well spent.

We started working on the illustrations, and that's when I got the call.  It was 10am on a hot Thursday morning in November. The 22nd to be exact.  A publishing house had liked the book and wanted to publish it under their imprint.  And so, on that very day, a year-long adventure began.  A reindeer named Floss was born.  A niece was going to get her book.  And an Aunty... well she became an Author (with much better gag reflexes!). 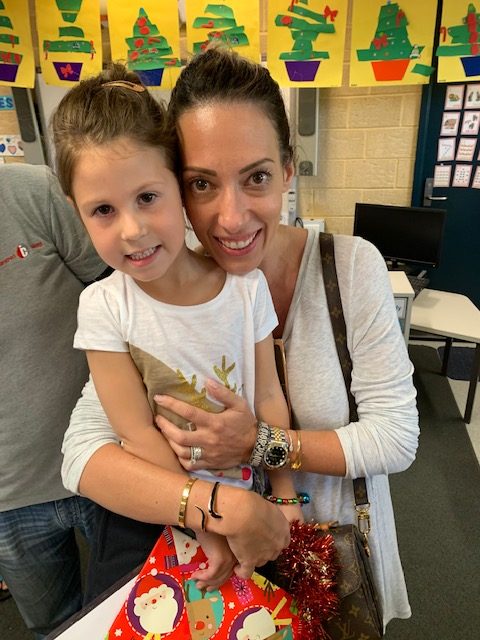